Towers rack up 70 points in win 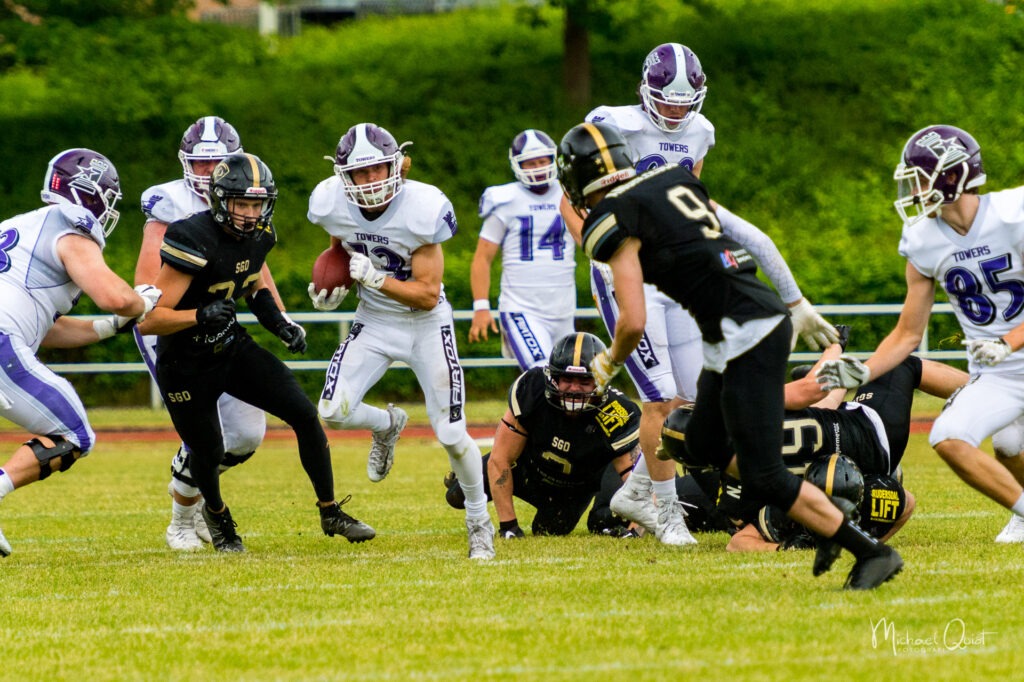 [av_textblock size=” font_color=” color=” av-medium-font-size=” av-small-font-size=” av-mini-font-size=” av_uid=’av-jhugo9ew’ admin_preview_bg=”] Towers rack up 70 points in win By Jens Rørbye The Towers and Gold Diggers combined for a whopping 116 points in an incredible offensive shoot-out at Rundforbi Stadium. The two arch rivals came into the game at very opposite ends of the standings table for […]

The Copenhagen Towers beat the reigning British champions, the Tamworth Phoenix, by a whopping score of 50-7 on Saturday afternoon in front of 517 enthusiastic fans. The Phoenix surprised the British football community by winning the BAFA championship in 2017 after knocking off the two powerhouse teams of London; The Warriors and the Blitz. Consequently […]

The Copenhagen Towers would like to send a big “Thank You” to all of our followers, fans, volunteers and all people interested in Towers Nation. At the same time we would like to wish you all the best for the upcoming year and a great football season in 2018!