Copenhagen Towers
Hjemme Ekstern Towers Towers QB aces coaching exam
Facebook
Twitter
Google+
Pinterest
WhatsApp
Linkedin
Email
Print
Kasper Skyum is not only the starting QB for our National League team, but also an accomplished coach. This past week he passed the final exam of his ‘Diploma of Expert Coaching’ course with flying colors and thus adding to the already solid coaching credentials of the Towers organization.

Kasper’s coaching prowess hasn’t come all by itself, but through years of hands-on experience and academic training. He has recently completed level three of the Diploma of Expert Coaching education (Diplomtræneruddannelse), provided by the National Olympic Committee and Sports Conferedation of Denmark (Dansk Idrætsforbund). This is the second highest level of coaching education offered in Denmark and it follows a pan-European framework.

“Having completed the Diploma of Expert Coaching education has given me a higher understanding of the physiological, technical and mental aspects of coaching at both the beginners as well as the elite levels. In the end this enables me to coach my players at a higher level”, Kasper says.

On his final exam, Kasper was awarded a grade of ‘12’ – the highest grade possible. This is a strong testament to Kasper’s dedication to youth football and the game itself.

“Within the Towers we value coaching education very highly”, Athletic Director Anders Munch Skovgren explains and adds: “We offer a coaching education to all of our coaches, because we believe that skills and current knowledge is vital to coaching at a high level.”

Congratulations, Kasper. The Towers are very proud to have people with such dedication in our organization. 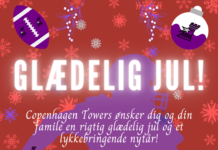 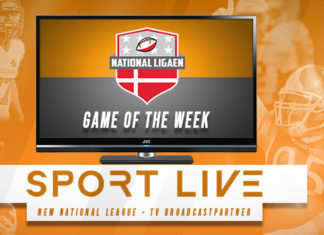